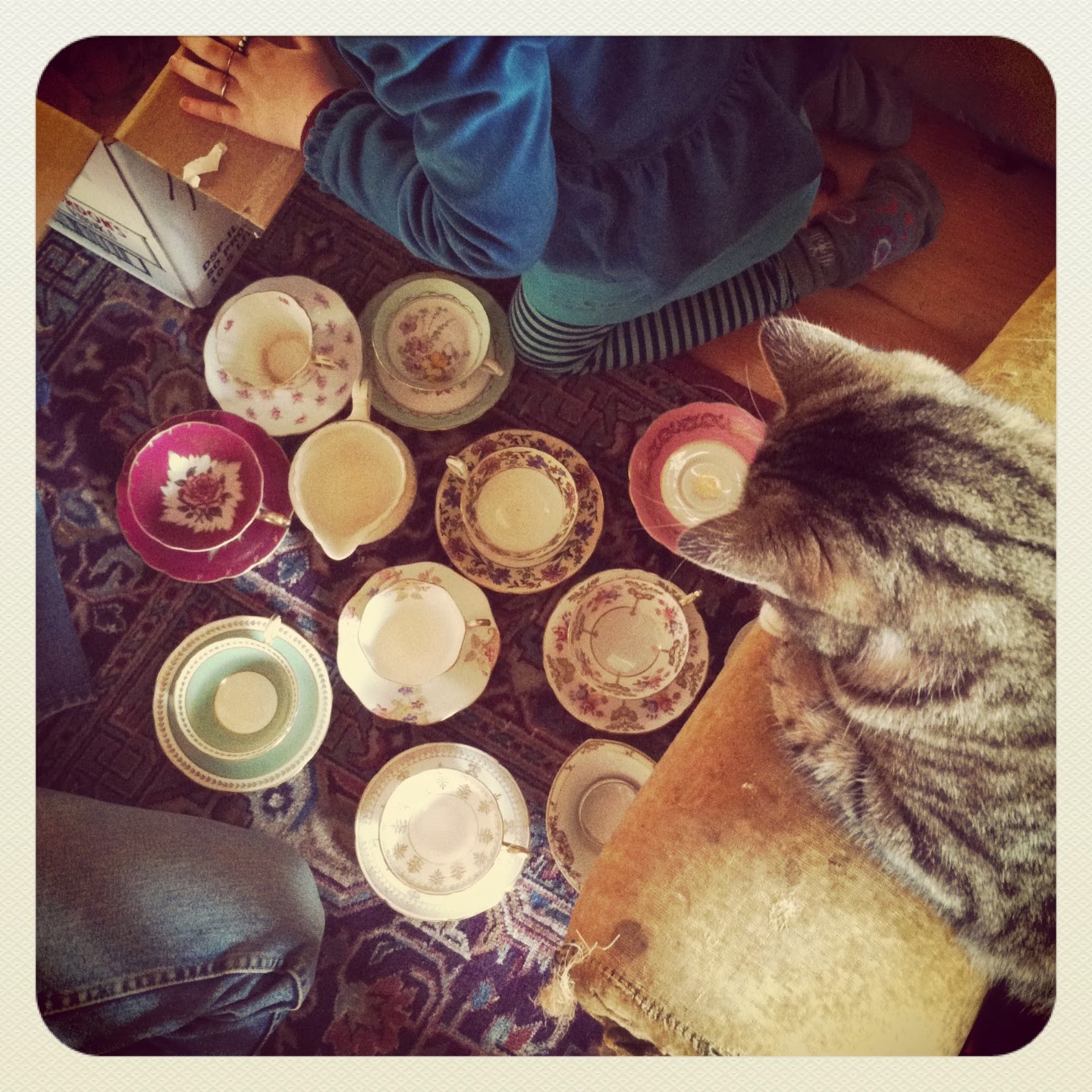 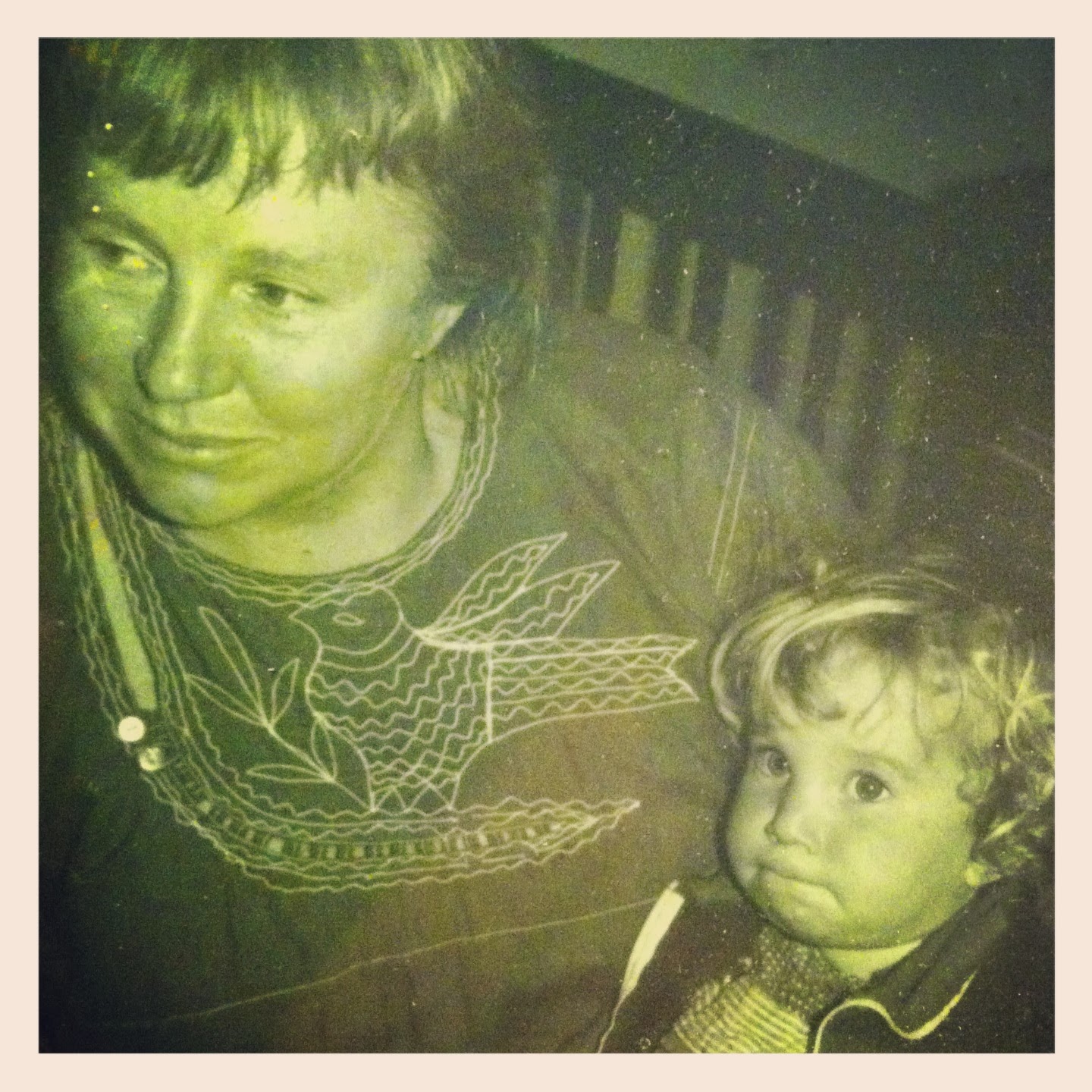 Yesterday, while unpacking family china with my aunt Megan (variant of Margaret) and my daughter Avah Margaret, I realized the following:

Also, this: my grandmother was a frustrated, hard working housewife until 1962 when (by chance) a recording of songs she made on a reel to reel on her kitchen table was put out by Folkways Records. Megan was three at the time.

In 2002 we made an album of songs my grandmother had collected. Avah was three at the time.

After her first paying gig (shortly after the release of Folksongs of Vermont) my grandmother went out and bought herself a dishwasher. (They had rigged up gravity fed well water by then.)

We got a dishwasher a year and a half ago, and it has made all the difference.

Are you following me?

The first photo is of Avah and Megan unpacking said china.
The one below is of me and Margaret, 1980.

Good morning, ya'll. May your tea be strong.