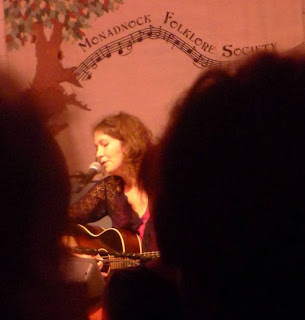 Late afternoon, tea, kids gone to the farm for milk. Hello. I’ve been thinking of late about the bifurcated me’s. The versions of Robin that wrestle, on a daily basis, for time, patience, energy, commitment, allegiance, solidarity & love. There’s the mother Robin and the artist Robin, perennially battling for time, of which I’ve written before. But there are more versions at odds. There is the minimalist condemning the hoarder.  The environmentalist at odds with the feminist. The environmentalist reviles the use of plastic and the driving of cars. She wants to grow as much of her own food as possible, cook only from scratch and never touch a disposable diaper. The feminist Robin thinks she’s a wet blanket. The feminist wants convenient food wrapped in plastic to throw in a bag (in the car) and hand to her children the minute they squirm. She abhors the kitchen and the garden and loves plastic diapers because they all buy her the thing she wants most: time. Then there’s the domestic Robin leering at the restless one (and vice-versa). The domestic one got herself five chickens which quickly multiplied to fifteen (go figure). She can veg out for hours in front of the Pinterest screen, get giddy rearranging furniture, and prettify the table till the cows come home. The restless one says fuck all that. Get yourself on an airplane! Smoke a cigarette! Remember when you were young and took all those road trips? And of late there’s been the writer eying the musician suspiciously (and quietly, from the corner of the room). The writer wants rhythm. Quiet mornings to herself in a small room with a cup of tea. Ceremonious and holy time sacrificed for no one and no thing. But the musician keeps stealing time. Rehearsal time. Travel time. Gig time. She’s remembering lyrics to old songs when she should be waxing poetic alone. She’s getting all excited about cowboy boots and road trips. Shit, she’s getting all excited.  All infected by enthusiasm and attention and positive vibrations and other people. The writer thinks she’s petty and vain. The musician thinks the writer is conservative, fearful, and may as well be sixty. Am I alone here? Am I crazy? Well, the car just pulled in. My people are home.  I'd love, when I get back (whenver that may be) to hear what angry/anxious/tender/fearful/witty women (or men)  bicker inside your oh-so human bodies.