So what have I been up to while not writing you love letters here at woodbird? Today I'm happy to announce.....I've been editing a book! Yes, a book! A book very dear and near to my heart, one I've been editing (which really just means gathering) since I left for college at eighteen and began seeking out writers who were rendering my home state via the medium of words.

The Foreword is by John Elder, one of the most articulate, kind and sharp writers out there.

You can read more about the project at Green Writers Press, which is throwing a grand launch hoopla tomorrow night in Putney, VT. If you're local, please come! (I'll be reading and playing a song or two as well...and my kids will no doubt be in the room...which means I'll be wearing about six of the ten shoes I wear all in one night.) I'm terrified. Come warm me?


PS: You can also read more about Green Writers Press and the project here in 7 Days or here in the Brattleboro Reformer.

PPS: The book won't be available for a good while yet...but feel free to start getting excited now.

For those of you who remember my house-building posts from over a year ago, here are some photographic updates for you. When you build your own house (and by that I mean really build your own house, not oversee a crew of professionals who come to do the dirty work for you), it sometimes takes a while.

Fortunately, motherhood has made me phenomenally patient (or at least mercilessly worked that muscle).

Despite my claims to like tiny houses, I couldn't be happier about this big new room. 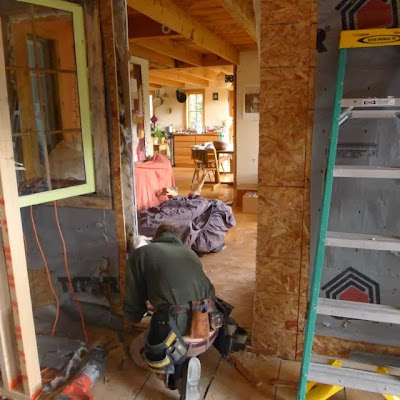 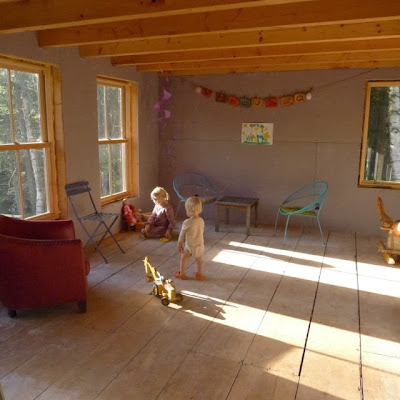 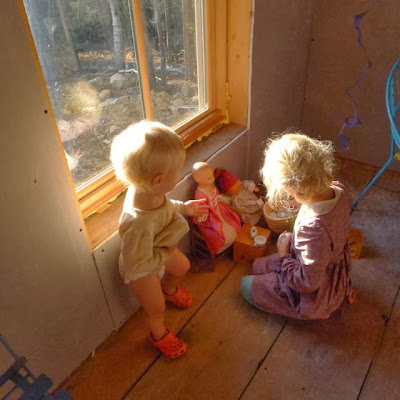 this room of the sea

Owen likes to take my books off the shelves and open the pages for me to read. What he chose for me today:

They entered a small farmhouse which had a woodstove in the kitchen. Bird feathers had been prised under the edges of the wallpaper, here and there. In the front room there was a bed in an alcove, windows on all sides of it. A mat on the floor. There was hardly any furniture. It looked to him like the quarters of a monk. The friend was not to arrive for a couple of days, Clara said.

Later that night they lay on the bed by the three windows, barely dressed. He liked to sleep separate, in his own world, but with her he kept waking, reaching to hold her flesh against him. During the night Clara turned slowly like something on the floor of the ocean. She would put more and more clothes on in the darkness. She was always cold at night, in this room of the sea.


-Michael Ondaatje, In the Skin of a Lion 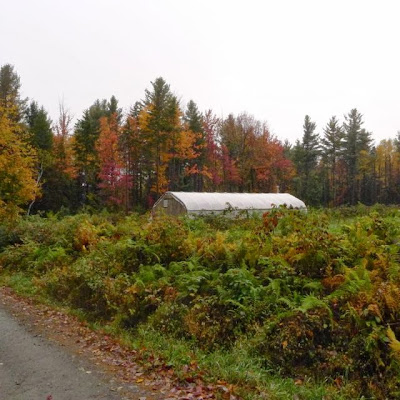 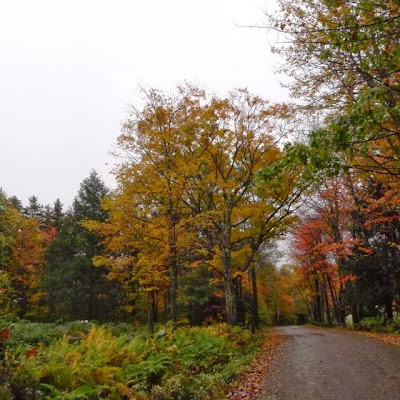 Morning. Where has woodbird been? Deep in the heart of other woods. Good woods--the interesting, engaging, challenging, exciting woods of mothering, editing, scheming, house building, etc.--but other woods all the same.

I miss it here.  I miss woodbird. It is a genuine home for me, a place I miss when I'm away. It connects me to the moment and to the landscape and to this fast train of days in an authentic way. It has brought me connection and I've been told it has changed lives (in the way that little things and projections have the power to do).

My house keeps growing as my family does. The lilacs and spirea I planted outside my cabin when I was eighteen (strays dug up from my grandmother's yard) are now full sized.

The yard is, just now, alight with birds. I can't make out what they are because the window glass is both flooded with sun and covered in small fingerprints.

I will not get up and wash those windows.

I will get back to the work I am here to do.

Thank you for stopping in to say hello, dear ones near and far. In the darker times of year this visiting is so warming.

the welder in the basement

All of you who have been around woodbird for a while will know I'm kind of obsessed with the balance between motherhood and the making of art (two things which are, in my life at least, often at odds with one another).

Which is why I was so delighted to read this Modern Love piece in the New York Times last Sunday.

I admire Janet Benton's honesty, tender acceptance, forgiveness, and ultimately, admiration of her mother's drive and dedication to her politics and her art (which sometimes led to neglect).

Janet also happens to be dear to me. Ty and I moved to Philadelphia in 2005 to play music but my secret pact with myself was that I would begin sharing my writing, too. I found a writing class on Craigslist that took place in some stranger's home in Mount Airy. Other than one less-than-successful fiction writing class in college, I hadn't shown anyone my work before. I drove to that house in the rain one fall evening, terrified and nearly turning back. But I didn't. Janet gave me, over those months, the green light to do this writing thing. I like to think of her feminist mother's welding torch as lighting a flame that has reached many others, myself included. I'd like to be another conduit for that flame. What better thing to do with our lives?

Drinking: Tea (what else)

Thinking: This weekend I left my children with the hubby and went to the Brattleboro Literary Festival. I had tea with a good friend and saw jaw-droppingly beautiful readings by Megan Mayhew Bergman, Pam Houston, Alexis Smith and Sophie Cabot Black.  Sophie  and I were introduced and two sentences into our conversation she said, You're not a MacArthur, are you? and then went on to describe the folk music parties she used to go to at my grandparents' farmhouse back in the seventies. I was drinking wine and we were hunched on a dark-lit stairway. She was wearing cowboy boots and her fingers were covered in turquoise, all of which made me feel like she was my fairy godmother.  I told her I have unrealistically romantic notions of those parties and she said I should absolutely have romantic notions of those parties and said she might even have photos somewhere she could roust up for me. Oh my.

Which is all to say, I'm buzzing. These women are like shots of good liquor to the heart. Endless thanks to the good folks who put on this festival seven miles down the road from my hometown. So you can buzz a little, too, here is a Sophie Cabot Black poem for you:

In this narrow passage I must appear as large
As possible, arms uplifted into what might

Be thought of as God and the idea of how
To get past even this without being killed,

Taken away, for somewhere in the act of want
Is being wanted, and we move

Exact enough, which is why I came alone,
Following a creek back up its last place

To see how far I could go, with the raven
Who will not end his circle, the wind as it

Turns through a gnarl of bristlecone. We were
Never meant to be this close and to survive.

Thinking: My dad and I have started reading all the same books. How and when did this happen? There was a time when I thought he was an old-fogey/ex-hippie whose tastes were too swayed by his lefty politics.

But I've reached a point where I can no longer separate art from its inherent politics, nor art from its writer. I don't want to read bourgeois fiction written by bourgeois writers. I don't want to read about the mundane concerns of the discreet bourgeoisie. I'm more and more drawn to radicals, flaming lefties, revolutionaries and hopeless dreamers convinced there's still time to save the world (and perhaps muddying their art with that conviction).

Which means my dad and I have started liking all the same books, too. We like Janisse Ray.  Her lack of pretension, radicalism and pretty sentences.  Chelsea Green Publishing is a good thing, too.

Loving the drawings of Elsa Mora and her site, Art is A Way, dedicated to building connectivity and friendship between artists (which I discovered via my friend Jess's blog, Seaming).

Yes, we are all entwined.